CBD Tea – What’s All the Buzz About?

“One of the largest neurotransmitter networks in the human body is the endocannabinoid system (ECS). Its function is to maintain internal balance, regulating sleep patterns, appetite and general mood.”

Is CBD tea the newest darling of the tea industry? Or is it just a fad that will pass, or worse yet – a trend that risks diminishing the value and positioning of specialty tea?

Cannabidiol (CBD) as an ingredient is the hottest talk of the natural products industry and exploding into the mainstream. CBD is the non-psychoactive cannabinoid found in cannabis, largely eclipsed by its psychoactive counterpart tetrahydrocannabinol (THC). Today’s take on cannabis is dramatically different than what it was even 10 years ago, when CBD was virtually unheard of. Hemp and marijuana are both cannabis plants, but with the crucial difference that hemp has a low concentration (0.3 percent or less) of the psychoactive cannabinoid THC, whereas marijuana contains 15-40 percent THC. Consequently, marijuana can make you high, but hemp cannot. The passing of the 2018 Hemp Farming Act Bill in December in the United States allows farmers to legally grow industrial hemp and removes hemp from the US Drug Enforcement Agency’s list
of controlled substances. This allows CBD derived from industrial hemp to be legal in all 50 states. Revenues of CBD products are anticipated to surge astronomically and soon exceed USD $1 billion a year, according to multiple sources, including Forbes and Inc Magazine.

Tea and CBD are, in many ways, a natural fit in a functional tea. Both tea and cannabis have been sought after for hundreds of years as holistic wellness solutions for mind and body, and as legend has it, both products were promoted by the Chinese emperor Shen Nong in the third millennium BCE. The health benefits of tea enjoy a formidable reputation. Although cannabis is one of the first plants to have been used as a medicine, scientific studies focusing on CBD have been taking place over just the past few decades. They have produced some evidence of its effectiveness on conditions ranging from depression, anxiety, arthritis and chronic pain to inflammation and related diseases.

One of the largest neurotransmitter networks in the human body is the endocannabinoid system (ECS). Its function is to maintain internal balance, regulating sleep patterns, appetite and general mood. Our brains naturally produce endocannabinoid molecules, which regulate stress response hormones, and CBD, as an external cannabinoid molecule, also acts on this system. As the understanding of the neuroprotective mechanisms of CBD continues to grow, this knowledge will inform new ways in which CBD can be combined with tea to best enhance and complement its benefits. The combination could result in more effective products to help alleviate anxiety and promote sleep. CBD tea could replace the alcoholic beverage many turn to after a long and stressful day. An evening cup could become the calming ritual that helps relax the body and quiet the mind in preparation for sleep, without the consequences of alcohol consumption, a hangover or a high.

The concentration of CBD in tea is small, generally 5-10 mg (referred to as “microdosing”). CBD teas are made either with decarboxylated CBD hemp or with CBD isolate powder. The goal of these extractions is to produce formats that are more water soluble and easier for the body to absorb, once ingested. Some manufacturers reference nanotechnology when describing the processes for making the CBD molecules tinier and more bioavailable. CBD tea has increased effectiveness when it’s ingested along with a fat. The CBD molecule, which doesn’t like water, binds to the fat, and has a better chance of making its way to the endocannabinoid system’s receptors without being broken down in the metabolism. Some CBD brands indicate the addition of coconut oil or full-fat milk in their preparation and use instructions.

CBD tea offerings are likely to skyrocket in number and variety over the coming years, so it’s important to pay attention to the opportunities. Some of these products will be sourced and tested responsibly, and some will be formulated and produced hastily in
an effort to cash in quickly on the rapid boom. We’ve seen similar spikes in the tea industry with other functional teas and ingredients, like matcha, ashwagandha and turmeric, to name a few. As we saw with those product waves, some innovative, high quality, and well marketed CBD tea selections will likely sustain the surge and become established offerings. Premium specialty tea continues to steadily establish its acceptance into the US tea market, and CBD functional teas are not likely to derail its positioning or compromise its value. 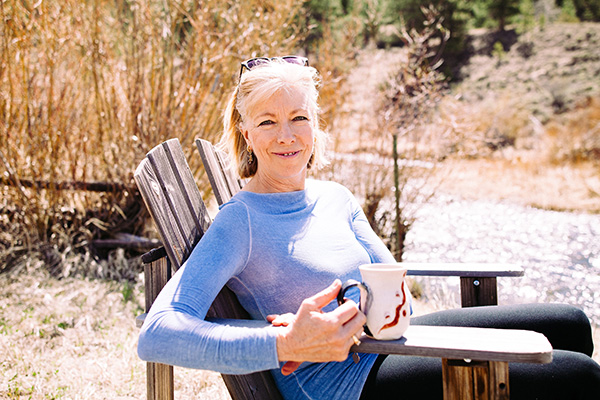