Weight Watchers® And The American Cancer Society® Team Up To Showcase The Power Of Community Through Project L.I.F.T.

Along with the new program elements, Project L.I.F.T. will offer a variety of ways to show support, learn more and get involved, such as:
…
“Live Inspired. Fight Together.”Rose Gold Tea Tumbler and Tea Collection, developed in partnership with Maria Uspenski, The Tea Spot® founder, cancer survivor and author of “Cancer Hates Tea.” 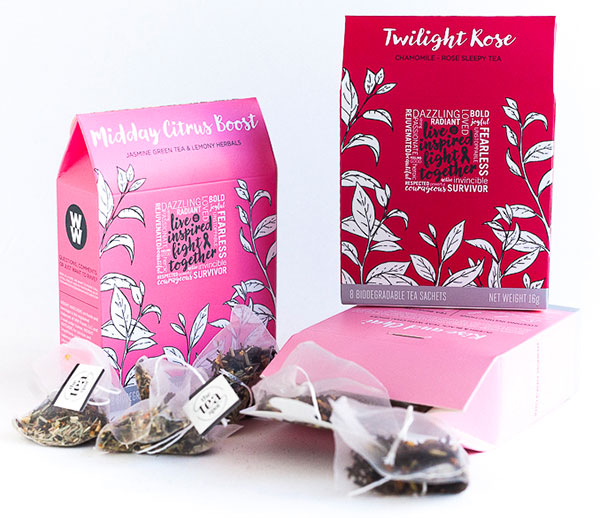 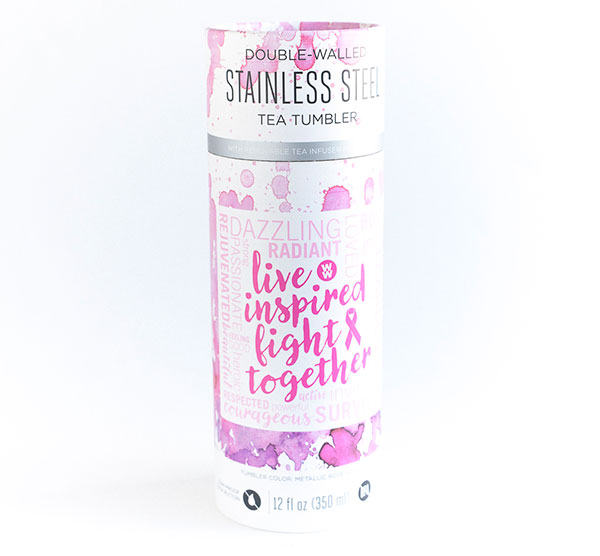 NEW YORK, Aug. 15, 2017 /PRNewswire/ — Today, Weight Watchers International, Inc. (NYSE: WTW) announced year two of its collaboration with the American Cancer Society through Project L.I.F.T. – Live Inspired. Fight Together. Research has shown breast cancer survivors who were treated with chemotherapy and have a family risk of breast cancer are twice as likely to gain more than 11 pounds within five years of treatment compared with women who are cancer-free.[i] Project L.I.F.T. aims to inspire and guide cancer survivors struggling with this unexpected weight gain post-treatment through free resources, community events and tailored workshops. This year, Project L.I.F.T. will expand through new program elements that not only help survivors as they work to reclaim their well-being, but also engage their caregivers and extended communities.

“When Project L.I.F.T. launched last August, Weight Watchers members, staff, friends and family rallied together to help survivors and provide support to those impacted by breast cancer,” said Stacey Mowbray, President of Americas at Weight Watchers International, Inc. “We raised more than $360,000, engaged thousands of people along the way, and witnessed the impact of these efforts and contributions on people’s lives. We look forward to seeing Project L.I.F.T. and our relationship with the American Cancer Society have an even greater impact this year.”

In 2017, Weight Watchers is working with the American Cancer Society to expand Project L.I.F.T. through the following initiatives:

Additionally, the September/October issue of Weight Watchers magazine, on stands today, features three Weight Watchers members who battled and won their fight with breast cancer in the article, “Sharing the Health.” The story highlights the impact of community support and the importance of prioritizing wellness – how the actions you take tied to your health and well-being can influence, and be influenced, by those closest to you.

Along with the new program elements, Project L.I.F.T. will offer a variety of ways to show support, learn more and get involved, such as:

“We are so inspired by this campaign and the energy and enthusiasm of the Weight Watchers community,” said Kris Kim, Executive Vice President, American Cancer Society, Northeast Region. “As we embark on our second year working with Weight Watchers through Project L.I.F.T., we will shine a new light of hope for survivors and those impacted by the disease.”

Weight Watchers launched Project L.I.F.T. in August 2016 to help survivors understand why they might have gained weight and how losing a modest amount of weight can provide many health benefits.[ii] [iii] During its inaugural year, Project L.I.F.T. mobilized the Weight Watchers community to unite and supported survivors through free content, workshops and a variety of fundraising efforts. Resulting from these efforts, Weight Watchers raised more than $360,000 between August and October 2016, ranking six out of 45 in monies raised, among American Cancer Society Partners Against Cancer members.

For more information on Project L.I.F.T. and how to get involved, please visit www.weightwatchers.com/us/projectlift

About Weight Watchers International, Inc.
Weight Watchers International, Inc. is one of the most recognized and trusted brand names among weight-conscious consumers. Weight Watchers provides commercial weight management services through a global network of Company-owned and franchise operations and offers innovative, digital weight management products through its websites, mobile sites and apps. These services and products are built on the Company’s weight management program, which helps millions of people around the world lose weight through sensible and sustainable food plans, activity, behavior modification and group support. Weight Watchers has an unparalleled network of service providers to assist members on their journey and also offers a wide range of products, publications and programs for those interested in weight loss and healthier living.