How I changed a bad habit into a daily healthy luxury 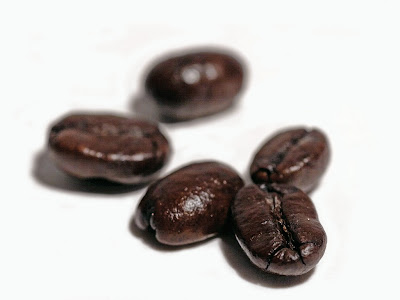 I started drinking coffee about 17 years ago in high school, when my friends and I used to hang out at Starbuck’s. Being so young, I didn’t really understand how coffee affected me, all I knew is that it woke me up. About 3 ½ years ago I started tuning into the way coffee made me feel. The more I focused on my coffee habit the more I realized that although coffee helped wake me up, it didn’t keep me awake or help me to focus. In doing some research I found that coffee has, on average, 150 milligrams of caffeine, which stimulates the beta waves (flight & fight) in your brain. Stimulating the beta waves will wake you up but won’t keep you going, which is why I would crash a couple hours after my first cup and would want another cup. I also realized that coffee made me feel irritable, bloated, dehydrated, jittery and although it might have immediately suppressed my appetite it actually made me hungrier as the caffeine wore off. Tune in next week to see how I weaned myself off coffee.

In order to change a so-called ‘bad’ habit I knew I needed to replace it with a ‘good’ habit. I also knew I needed it to taste great, feel good and be fun. Although it took some time and effort we decided to blend a tea specifically for me, a coffee drinker. The blend needed to be bold in flavor, strong in caffeine and aromatic. We started with a Pu-erh (a fully fermented earthy black tea high in caffeine) and blended it with Yunnan Gold, Ceylon, Assam, and added subtle hints of dark chocolate essences to give it a creamy sweet finish. Although the blend (aka BOLDER BREAKFAST blend) was absolutely amazing, I had a real hard time waking up to a cup of tea in the morning instead of my cup of Jo. After I struggled for a few days, I realized I didn’t have to quit cold turkey.