After some experimentation, I found it pretty difficult to get Maria’s Lapsang Souchong vodka infusion to pair well with other flavors. I eventually took the route of finding a bitter, acidic ingredient to balance out the smokey flavor: grapefruit. This recipe is fairly simple, but it produces a nice complex flavor combination. Both ingredients seemed to hold their own flavors, providing this cocktail with both a bitter bite and bold flavor: 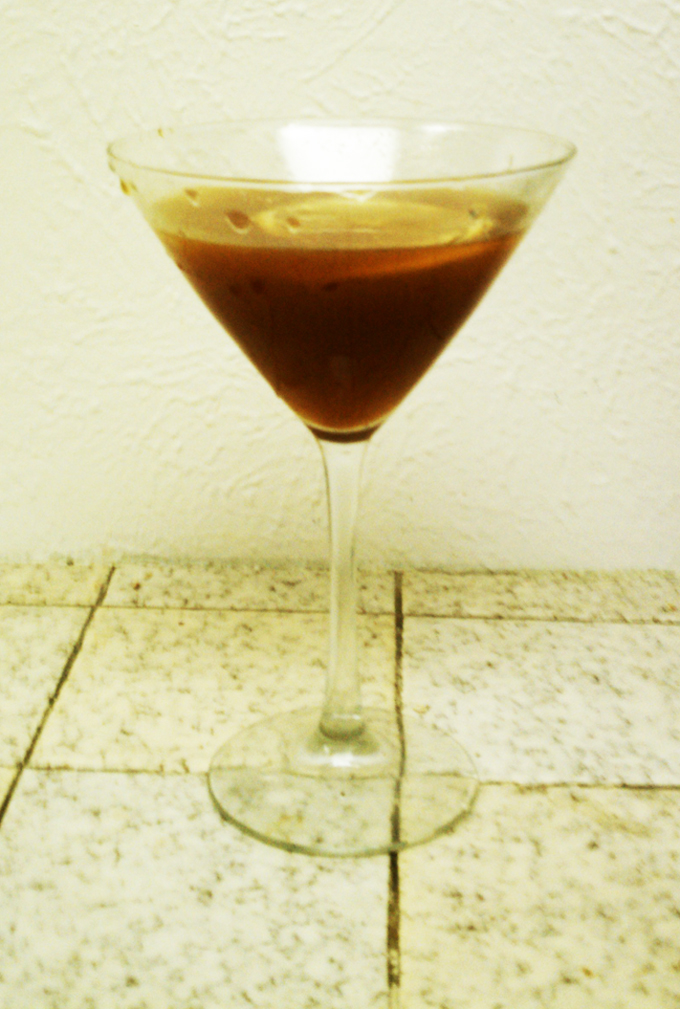 Shake to mix in agave, strain and serve (up or on the rocks).

I realize it’s not much to look at–it looks like sludge. I really do think, however, that it is a pleasing cocktail of complicated flavor. Because of it’s hideous appearance, its subtle complications, and it being the anniversary of astrophysicist/all-out genius Carl Sagan’s birthday, I’m calling it “Sagan’s Sweater.”